Retained on East Coast route to work with 1960 Metro Cammell cars which are now made by Bachmann.

Phyllis and Lucille ran in the ‘Bournemouth Belle’from 1963-66.

Then preserved at SE Steam Centre, Ashford, Kent when withdrawn in 1966.

Cars 73 and 74 became Ceteia and Melandra for ‘Blue Pullman’ standby train in1960.

Zena preserved by Steamtown, Carnforth, and then bought by Sea Containers for V S 0 E.

Used on “K” type and all steel “K” type Pullmans. The Kit includes a mounting plate with bogie pivot which fits to the underside of the Hornby Railroad Pullman chassis setting the bogie centres to the correct position and the location position for the Close Coupling System base plate. A Hornby coupling adapter plate is included for use on the end carriages or where the Close Coupling System is not yet used. The bogies can also be fitted to the old Triang and Wrenn Pullmans. Wheels are not included but the kit is designed to accept Bachmann metal split axle coach wheels.

A range of Pullman Car bodies and accessories to compliment and add to those produced in the HORNBY RAILROAD RANGE which represent the all steel cars of the “Queen of Scots” as they ran from 1928 to 1947.

These Pullman bodies are produced in unpainted resin and clip directly on to Hornby chassis. They feature finely detailed ventilators and correctly raised beading around the oval windows. The carriage ends have weather covers over the corridor connections and include Floating End Plates, replacement buffer beams and buffers for use with the Hornby chassis (not illustrated). 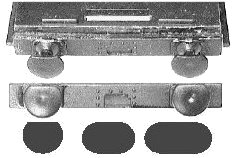 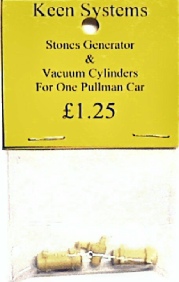 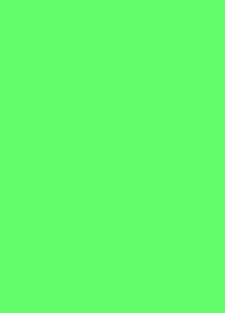 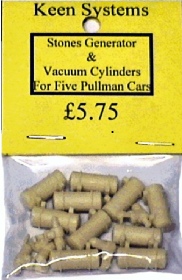